Dramatically Brighten Your Smile in One Visit with Teeth Whitening

You brush and floss every day, but your smile is still dulled by stains and discoloration that you can't seem to get rid of with at-home care.

If yellow teeth are a daily source of frustration for you, professional teeth whitening at our Glastonbury, CT, dental office may offer the solution.

We only use proven whitening agents to produce dazzling results...

No matter how well they are taken care of, teeth will naturally lose their whiteness over the years due to age and exposure to consuming things like wine, tea, coffee, or tobacco. Dentists use powerful whitening products to eliminate the toughest stains and whiten your smile.

Get the Results You Want...Fast

Over-the-counter whitening toothpaste and whitening strips can take several weeks to show any differences. And in many cases, the end results are inconsistent and disappointing. But with in-office whitening, you can get dramatic results in just one dental appointment.

Most people don’t realize it, but one of the easiest ways to "freshen up" your face is teeth whitening. Many patients of our practice in Glastonbury, CT, report that after teeth whitening, they receive compliments from complete strangers on their smiles. 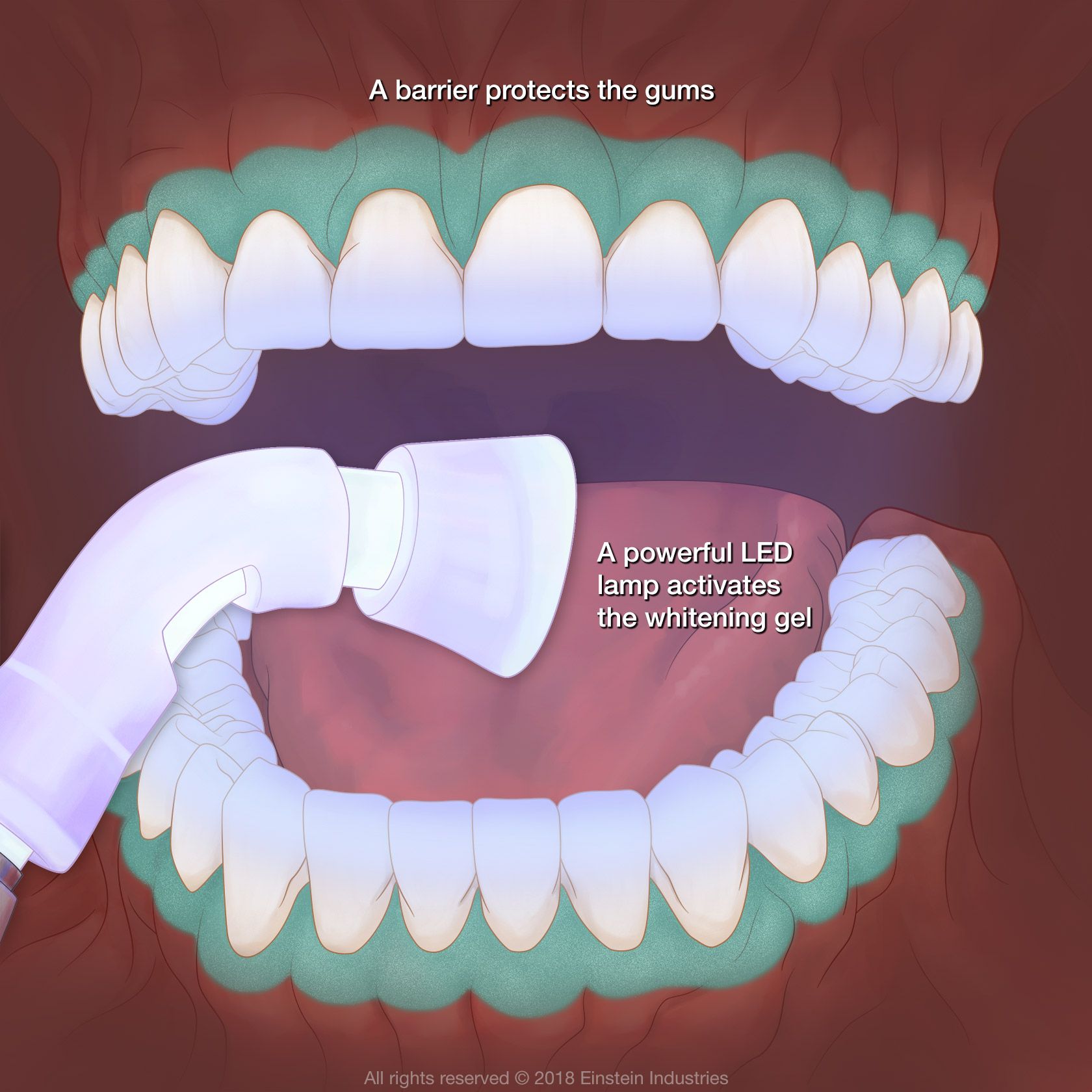 Widely recognized as the premier teeth whitening system, Philips Zoom!® is ideal for patients who want dramatically whiter teeth with a minimal investment of time. This gentle, highly effective procedure usually requires about an hour and a half from beginning to end and produces immediate results, with teeth becoming six to eight shades whiter on average after a single application. This means you will leave our office with a brilliant new smile and none of the inconvenience associated with at-home tray-based bleaching systems, whitening toothpaste, and other whitening products.

"What a fabulous natural looking result. I didn't think my teeth could ever look this good." 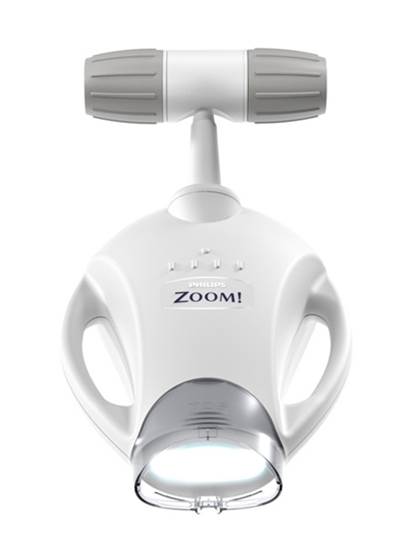 Zoom!® teeth whitening at our Hartford, Connecticut-area office is a dentistry treatment that is relaxing and pain-free, perfectly complementing our spa-like atmosphere. When you arrive for your teeth whitening procedure, we will begin by applying the patented Zoom!® whitening gel, which is then activated by exposure to a gentle blue light for 20 minutes. This process is repeated twice, for a total treatment time of one hour and a half. At the end of the tooth whitening procedure, your teeth will be amazingly whiter, with results that – with proper care and routine professional cleanings – will last for years.

Since light and a mild hydrogen peroxide gel are the only two active ingredients in the Zoom!® teeth whitening system, our dental patients throughout the Hartford, Connecticut area can rest easy, knowing that they are not exposing their teeth or gums to harsh chemicals. Also, your dentist can adjust the amount of hydrogen peroxide in your tooth whitening treatment to avoid tooth sensitivity. In addition to the instant results provided by the in-office method, Zoom!® products are available for touch-up use at home to whiten your smile as needed.

If you would like to learn more about the revolutionary Zoom!® teeth whitening technology, contact our Hartford, Connecticut-area dentistry office today.

Our Gentle, Skilled and Trusted Dentists

Dr. Balloch is one of the most highly sought-after cosmetic dentists not only in Glastonbury but from all over CT. He combines experience, skill, and a friendly approach to make sure each patient receives the highest quality treatment possible. Dr. Balloch's dental expertise and artistic eye can help you achieve the beautiful smile you’ve always wanted.

Additionally, he is the recipient of numerous awards, including:

Dr. Bidra is a Board Certified Prosthodontist (a dental specialist in implants, cosmetic and reconstructive dentistry) and a sub-specialist in Maxillofacial Prosthetics.  He completed his dental and specialty training from India, Florida, Connecticut, and Texas.  Dr. Bidra is one of the few board certified prosthodontists in Connecticut and the only one in Glastonbury. He has extensive surgical experience with dental implants, having placed and restored thousands of implants and is responsible for your entire implant treatment. Dr. Bidra's patients originate from several states of the US, including Puerto Rico

Dr. Bidra is the recipient of numerous awards, including:

If you live in the Glastonbury, near Hartford, Connecticut area and want a spa-like experience that puts your needs and your health first, contact our dental office online. You can also schedule a consultation by phone at: 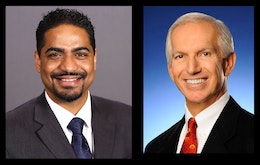 Dr. Steven M. Balloch and Dr. Avinash S. Bidra are award-winning nationally renowned dentists who have been providing world-class  advanced cosmetic and implant dentistry for many decades. They are members of various prestigious dental organizations, including:

To speak with Dr. Steven Balloch or Dr. Avinash Bidra about your dream smile, request a consultation online or call us a (860) 659-8660.

*Disclaimer: results are not guaranteed, may not be permanent, and can vary per individual. Some images are of models, not actual patients. All images in the smile gallery are actual patients.